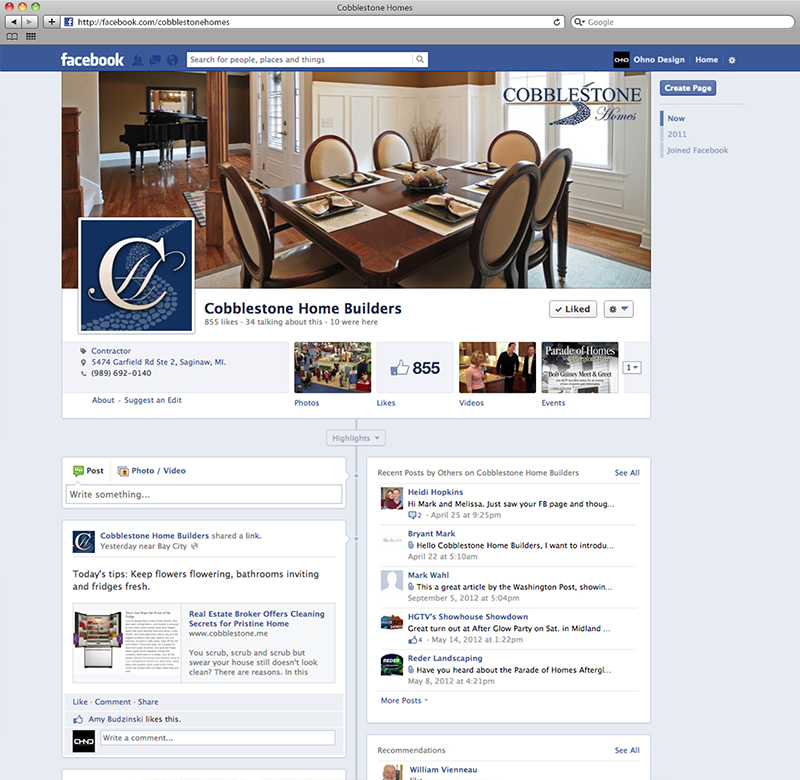 We could tell you how we’ve grown Cobblestone’s Facebook page by hundreds of likes with contests and other promotions. Or we could tell you how we consistently drive Facebook users to the Cobblestone website with engaging content. But what does any of that really mean? Instead, we’ll tell you what Cobblestone owner Mark Wahl told us: “We sold those houses because of Facebook.” He was talking about the two houses he built for HGTV’s “Showhouse Showdown” – more than half-a-million-dollar homes – which sold in less than 48 hours after the show wrapped filming.