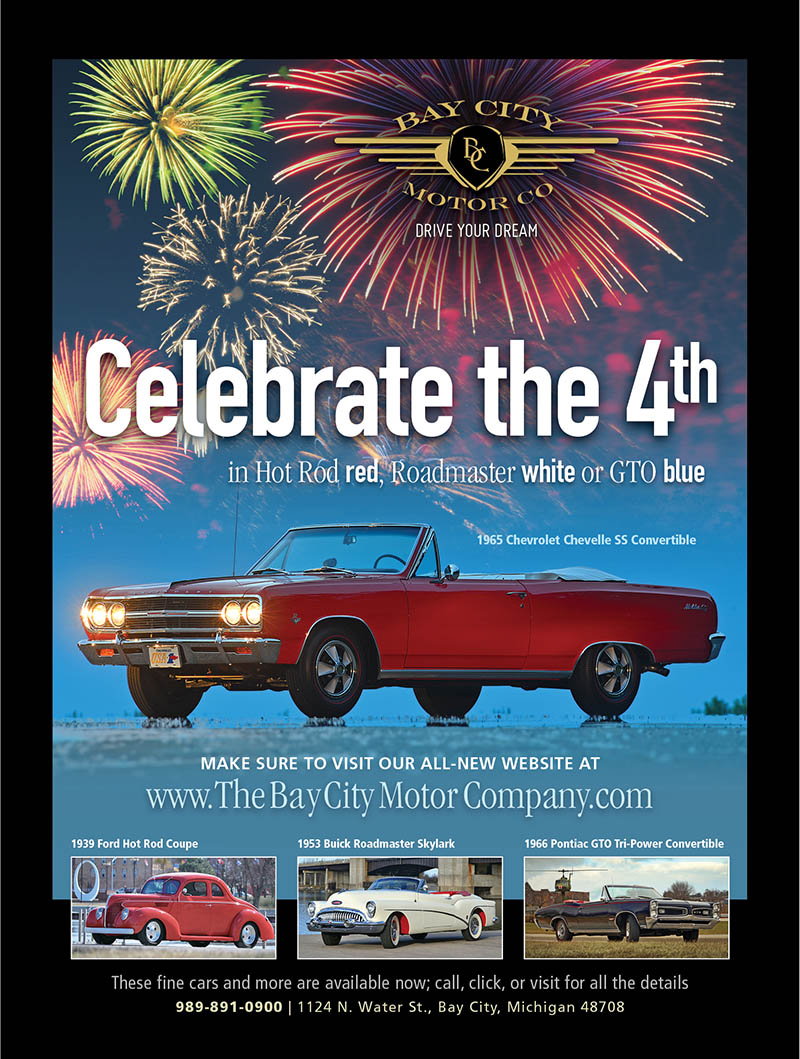 The Bay City Motor Company advertisement inHemmings Motor News – “The Bible of the Collector Car Hobby” – reaches 175,000 classic car enthusiasts worldwide each month. When you’re seen by that many subscribers in a publication an inch thick, you must stand out. That’s exactly what we’ve helped Bay City Motor do – from concept to photography to design and words. “No one is doing what you’re doing,” a Hemmings advertising rep told Bay City Motor during a phone call. What’s more, when Bay City Motor team members stopped by the Hemmings booth at a recent car show in Florida, they looked down to see all the magazines opened to Bay City Motor Company ads. It doesn’t get better than that.