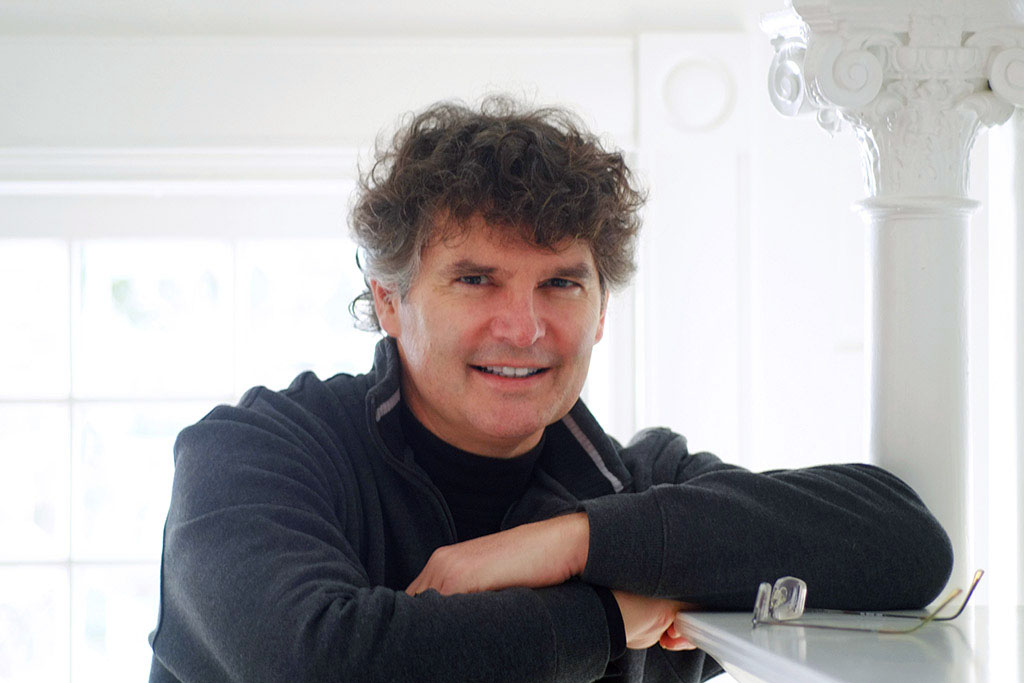 Michael Robb co-founded Ohno Design in 2000. Today, he guides a team of exceptional people to produce their best work for the clients Ohno serves. He earned a journalism degree with an emphasis in photojournalism from Central Michigan University. Throughout his career, he has won many photo and design awards. “Much of what I’ve learned has come from encountering a problem and then finding the best way to solve it,” he said. He began telling people’s stories using a camera as a photojournalist, and later added design and typography to get the message out as a newspaper design editor. “When technology changed how we interacted with the world, I learned how to use its power to communicate instantly,” he said.

What do you love about your job?
It gives me the opportunity to work across so many mediums, from photography to web design to technology. I also love the people I work with. The creative energy at Ohno is like an adrenaline rush and very addictive. Plus, we have this little thing called 4-Beer-Thirty.
What do you do when you're not at work?
The most amazing thing in my life has been watching my children grow. I’m not sure if it’s being able to view the world through their eyes for the second time that fascinates me the most or just watching them learn and experience all those ‘a-ha’ moments. I also love hiking and backpacking and just being in the outdoors.
Where else have you worked?
I delivered the Detroit Free Press as a kid in Traverse City. Then I worked as a stock boy, worked behind the lunch counter at a Woolworth’s store and eventually got a job selling cameras before heading off to college.
What is your passion?
I love the freedom of riding a motorcycle on the open road, and exploring all those places that other people drive by because they are in too much of a hurry. And I still love capturing moments with my photography.
What childhood clues were there to your career choice?
We visited my family in Germany when I was 11 years old. I remember buying my first camera at a Woolworth’s store in downtown Berlin. I still remember my mother being outraged that I had shot 12 rolls of film during my visit. But even then, I remember wanting to tell the story of our visit in photos.
What is your pledge to Ohno clients?
Craft the highest-quality work, bar none.
Why is Ohno Design the best in its field?
The people who work at Ohno have an incredible sense of pride in what they produce. We have a host of great services, but one that sets us apart is that we solve problems. Whether that is coming up with a unique website name or trying to capture the perfect moment in pictures for your website, when we put our heads together at Ohno, the true magic happens.
What makes Ohno Design unique?
We can bring together all of the pieces to tell the world your story. From original photography, expert story telling and amazing artwork, to graphic design and multimedia, we have the skills that set our clients apart.